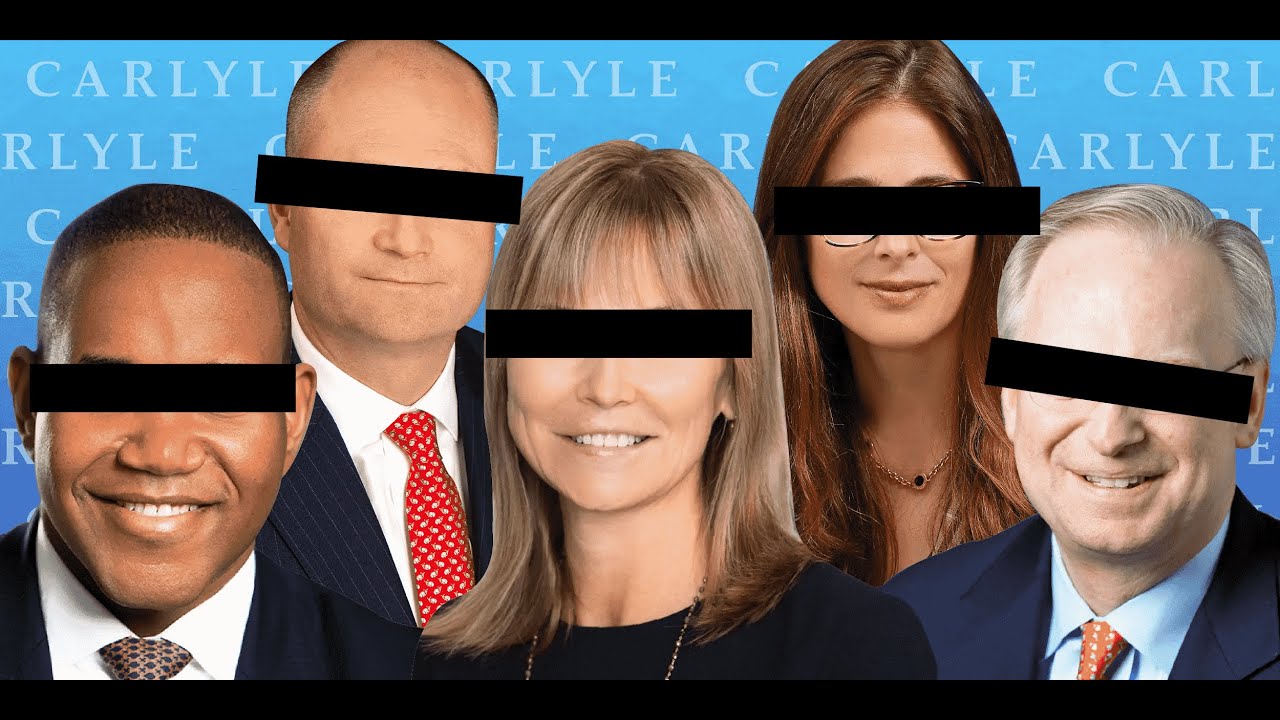 In this video, I’m going to show you how the Carlyle Group, a publicly listed private equity fund, came to be the great private equity fund, that is, and how you can emulate it for yourself. And I’m going to show you in this video the way that the Carlyle Group started, and you may want to stick to the end so you will see how the four key phases of the firm’s evolution can transform as you’re looking to start your own private equity firm. So the Carlyle Group was founded in 1987. It started with five partners, one of the chairman being David Rubenstein, a multibillionaire. So the way that the Carlyle Group started it started as a leveraged buyout practice. So essentially it started by getting one of the partners raised $5 million to start the firm to probably get everything set up so that it can actually start. And then they started doing one off leveraged buyouts of different companies, mainly in the defense niche. So companies that were assisting the United States governments in providing defense services. It spent time acquiring these companies via leveraged buyouts. So in other words, it would leverage it will use the assets. Basically, there will be let’s say that the company is buying price is 10 million. And let’s say the assets could be leveraged in a way so that you can you can get a good loan for the assets of the company. Essentially, they would use these assets as a way to get a big loan on the company. (how to setup a private equity fund)

And they would use probably part of their own money that they raised to put it in as an down payments. So in doing this, they were able to do several acquisitions on a one off basis. They had some great ones and some failures. But eventually in the early 1990s, after three years of doing this, they started to launch a private equity fund just for acquisitions. And the reason why they did this is so that they’ve already reached a point where they had a track record to be able to actually warrant them and to have an easier sell for them to raise capital, because when they first started, they raise capital just so they can start their company and then and do these one off acquisitions. And then they raised about $100 million to and this is back in the nineties. So so it’s definitely worth a lot more now. So to raise much more so that they’ll be able to carry on multiple acquisitions at the same time. So they’ll use the equity in the buyout fund and that equity will be the down payment for a multitude of different funds. And so after they had their first successful capital raise for their acquisitions, private equity fund, then they started to diversify. They started to focus on looking at different assets in different sectors, different niches. They started to look at different. So after they focus on the defense niche, they started to spread out because they had a successful track record. (how to setup a private equity fund)

They actually acquired Magnavox, known for creating actually the first video gaming the company that actually created the first video game Pong Magnavox Odyssey. They acquired them and they acquired a ton of brands and they started to get a lot of momentum. And here is where they decided to diversify into having a fund for real estate, a fund for venture capital, a fund for credits and different types of funds. But this was only after they had proven a track record with the buyout fund that they started to provide returns for investors for. And then after this, you know, because they wanted to raise an immense amount of capital so that they can scale and grow their operations. They already had multiple offices all around the world. They decided to go public on the Nasdaq. And it’s the same process. Instead of them raising capital privately from institutional investors, privately, they wanted to make it so that everyone, even a random person off the streets, could invest in the Carlyle Group so that they can give equity money for the down payments that they would make on the types of deals that they would acquire. So after this, then they listed publicly on the Nasdaq, and then they started to continue to scale and grow their operations. So what are the major takeaways from the Carlyle Group? Real quickly? And what are some of the key principles that led to their success? Well, number one, they’re one of the innovators of of the leveraged buyout model, which was around before their time, but they were the first ones to really use it aggressively. (how to setup a private equity fund)

There are always trending financial tools and instruments that people can use to raise capital at any given point in history. You know, at the time of the recording of this video, you know, cryptocurrency and initial coin offerings was one of them that quickly died down SPACs, which are special purpose acquisition companies. And in Canada they call it CPCs. Capital pool companies seem to be the trend right now, and companies that use the current trends of the markets to make acquisitions of revenue generating companies that provide a real revenue for investors seem to always work. So that’s really lesson number one, use the trends of the day to raise capital for proven, predictable revenue generating companies. Number two, focus on the niche when you’re starting out and focus on one off acquisitions when you’re starting out. So just like the real estate syndicators that focus on one deal at a time, if you’re working on raising capital to buy assets, real estate or businesses, the Carlyle Group, which is worth almost $400 Billion, they started by focusing on one deal at a time, and they raised capital to focus in one deal at a time. It was only after they had the first few done. Then even the Carlyle Group, as big as they are, they started to do a fund. (how to setup a private equity fund)

Why would you be any better than them? And next. You know, make sure that you keep on evolving your capital raising process and you keep on raising as much capital as you can based on your bottlenecks. So the current bottleneck for the Carlyle Group, when they did the one offs, was the need to raise more capital so that they can invest in as many funds as they need or as many deals as they need to acquire them. And then when they have the funds, they need to go public because the private capital raising process was not enough for them, but they only moved to the next step once they noticed that they hit a bottleneck in their process. And so just like you, if you’re somebody who is a real estate investor using your own money to invest in real estates, and then you have a bottleneck and you’re stuck and you’re not raised enough to buy more units then the hard money lenders and enough, you know, then you may want to consider doing a syndication by partnering with other investors to raise for that down payments. If you’re a business buyer and then you’ve already purchased your first few businesses, perhaps creating a private equity fund is your next step. So always look at the next step in your journey and then try to fix the ball next year. Capital raising process. And if this is something that you want to do, make sure you head to. (how to setup a private equity fund)