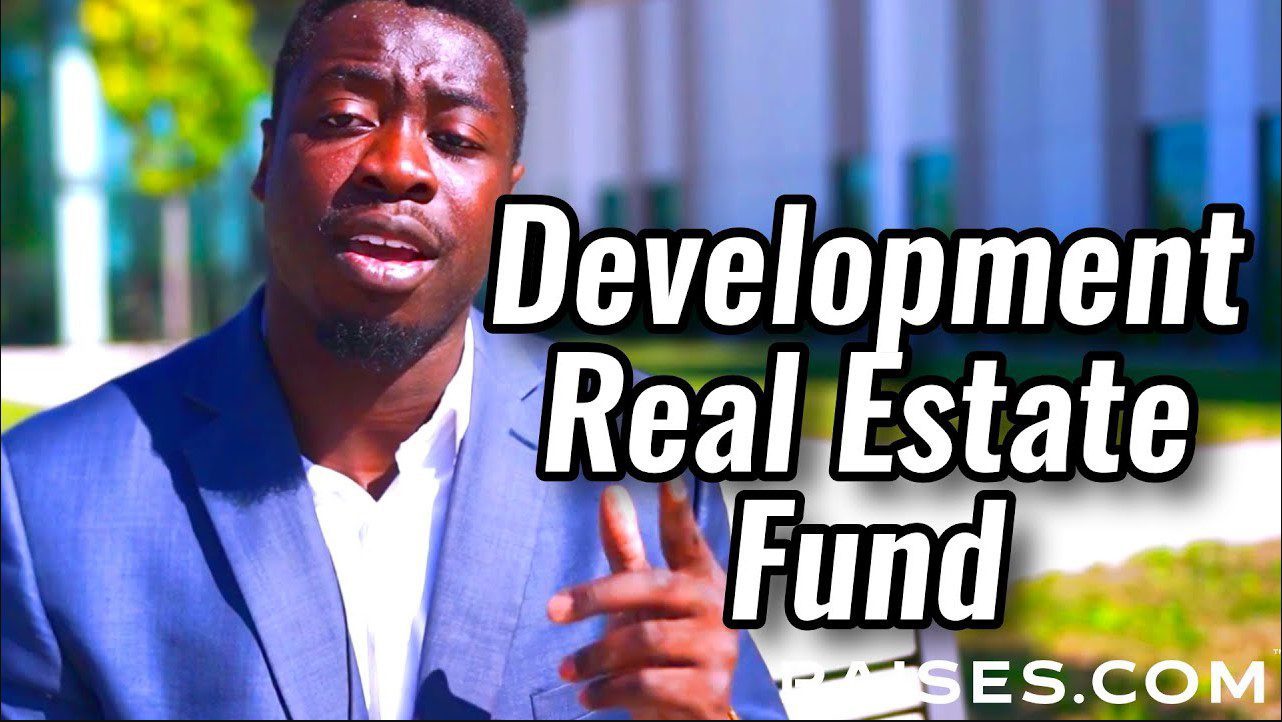 So before your deal is shovel ready and is ready to accept investors, should you start finding investors? I’m going to answer this question right now. So somebody who just joined on to raise dot com had an interesting question for me as we’re working on looking at his deal and seeing if it was time for him to hit the market and find investors. So this person in particular and this is a question that we get a lot and a lot of our associates gets is mainly when somebody is looking to potentially raise capital for a new developments. So let’s say that they’re going to acquire a piece of land to develop some real estate. You know, there’s a process that people have to go through to make sure that the deal is ready to be built. And so when when when the deal is ready to be built, it is called being shovel ready. And when a deal is, quote unquote, shovel ready, that means that all the permits, all the zoning, all the licensing has been complete and it’s time to just build the project and it’s time to just raise capital to build the project if you don’t have the money to do so already. So some people in the process, they don’t. The deal is not shovel ready, meaning that if a deal is not shovel ready, that means that it is not ready to be built on because they still have to apply, go through all the zoning laws to make sure that it’s zoned as, for example, residential real estate. (equity real estate ut)

Because let’s say if somebody wants to build residential real estate, they have to it has to be zoned as a residential real estate. And there are different, you know, specific zoning requirements. And each state and each province and each country has their own zoning requirements, which allows people to build certain types of buildings on top of it. And so until those things are in place, one cannot really build for a new development. So when it comes to new developments and then you don’t have the zoning complete, some people wonder, hey, some people are not even sure if they’re able to get the zoning requirements because it’s a risk and it’s called zoning risk. And the same thing with the permitting, like permitting risks. You know, if somebody is doing like building like a bunch of stores or something, you have to get permits to do this sort of thing in a developed country, especially. So, you know, you need permits and then you need licensing as well. If you’re doing especially if you’re doing like a niche thing, like for example, the people who are doing the cannabis deals or, you know, malls and all that, you need the licensing for these types of things. (equity real estate ut)

So when it comes to all the things that are needed, should somebody find investors or seek to find investors before they’re sure that the things are that they’re even going to get the zoning? Well, the quick answer is it’s not as simple as a yes or no. So the advantage of finding investors early before, you know, you’re going to have everything in place is that raising capital is generally a long and hard process. It takes a lot of work and there’s no going around the point that raising the capital is a lot of work. And so if somebody sees the opportunity to get prepared to know what the investors would want prior to the investors wanting what they know about, then, you know, it would make sense for somebody to focus on on just getting the zoning and stuff like that. You know, knowing what the market would want. Because if an investor, if it takes six months for an investor to fund a deal and you’re not sure if you’ll get zoning until six months after you’re ready to begin, then that means that you just shortcut it. You took a six month shortcut by starting early and knowing what the investor would want, and sometimes some people would actually get their deals, you know, all set up and zoned and everything. (equity real estate ut)

And then sometimes they can’t find an investor to fund it. So instead of risking things by getting the deal zone so that you can try to find an investor to then fund it, what you can also do is just make sure that you focus on getting the you’ve been getting market feedback to see if the investor would fund your deal prior to you getting a zoned license and permitted. So if you have a choice in the deals that you can develop in your development deals, then you actually have some leeway and some wiggle room to be able to choose what deals you want to originate. And so you can save yourself like a year of time if you do it in the right way. I guess the only downside is that if you work with an investor and if you try to sell something before it’s been zoned, the downside is that it may be more risky. And so if something is hasn’t gotten the zoning, it’s licensing and it’s permitting and you’re working on selling it to an investor, it is definitely way more risky and it’s a riskier investment. So the niche of investors who will be interested in such a deal will be smaller than if the deal is shovel ready. But if you can counter that fact by the fact that, you know, there are some investors that are willing to take that risk and compare it to the wide variety of projects that are sold to investors. (equity real estate ut)

As a generality, you have crypto projects in in developing undeveloped countries and everything being sold to investors where people are investing. So if you consider like all the mass risk of projects that people have and just had development projects in. United States of America or any stable Commonwealth country or any emerging country that is really safe. Then one can kind of not be too worried about that. If you just find the investors that have the right risk profile then and they don’t mind have like a 3 to 5 year period of illiquidity. Meaning that they won’t be able to get their money out because it would take five years, 4 to 3 years for the deal to actually be developed. If you find somebody like that, then you may win. But overall, just to summarize, number one, make sure that for the early stage development deals, if you don’t have the zoning, licensing and permitting and it’s not shovel ready, it still may make sense to reach out to investors to see what the mandate is. And if the deal, number one, just shorten down the equity sales cycle because raising capital is not a process that makes sense to be delayed. Number two is sometimes you may have some choice in the deals that you zone permit and license. (equity real estate ut)

So why not just wait until you have an investors feedback prior to you getting a deal and looking down the pipeline of you getting the deal all zoned and licensed and permitted and shovel ready. Because if an investor says, hey, this shovel ready deal, you know, you get this off commitments for a deal and you get a lot of interest, it’s way less risky than if you just do everything blind. And then last minute after you pay for all the zoning, the licensing and permitting investors flake on your deal. And finally, I mean, there is a disadvantage to selling deals at our higher risk to the wrong population. So one has to have some tweaks and adjustments, adjustments to make sure that they work for investors that fit. So if all these things, if you’re looking to raise capital for either a private equity syndication or build your private equity fund for your new development deal or deals, just have to raise wsj.com and make sure you click that like and subscribe. If you want to hear more videos like this addressing people who are in different situations when it comes to real estate, private equity funds or syndications, as well as some M&A funds. And so with this, we’ll see you in the next video. (equity real estate ut)