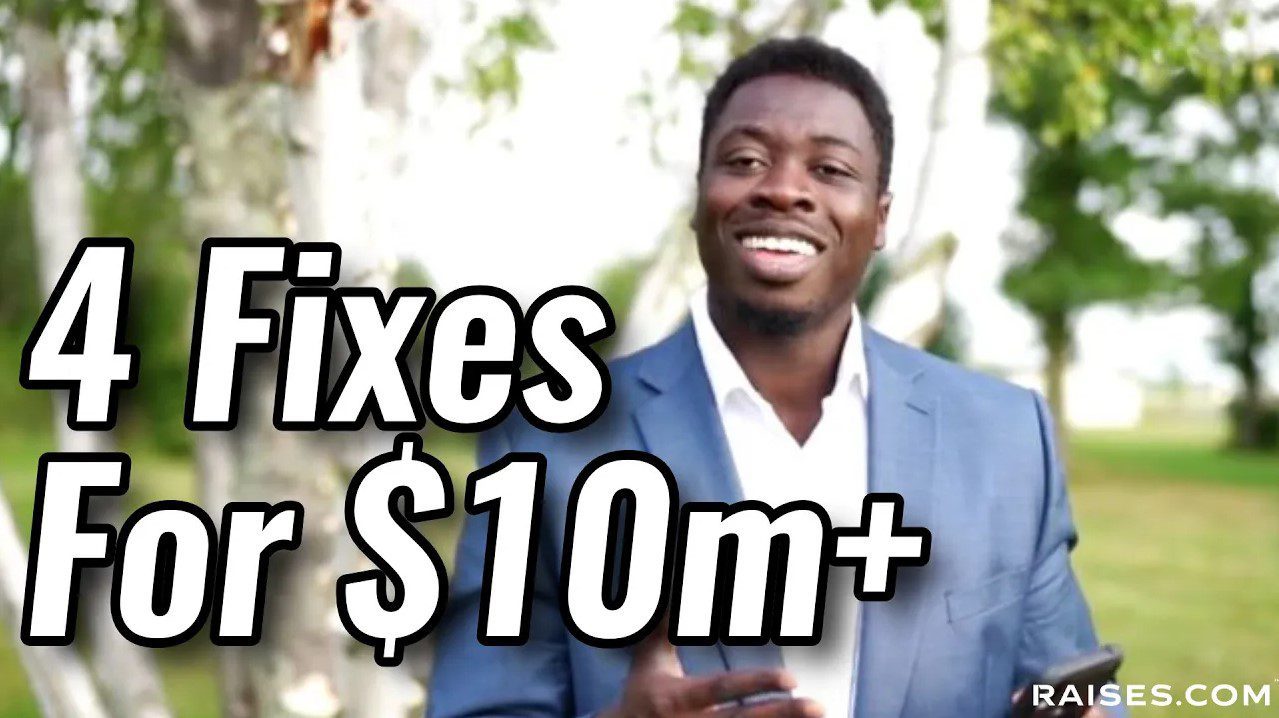 Here are the four reasons why you don’t have a $10,000,200 million real estate or mergers and acquisitions, private equity fund. These are the poor things that are preventing you from going to that next level. So the number one thing that’s preventing you from going to that next level is the worry of sending investors too much information prior to them being interested. So many people who we work with in assisting them in rapidly prototyping their new fund and creating their new fund that raises dot com and then helping them raise money in the market. One of the main things that prevents people from taking action is the fear of all the work that is required to get the deal and get the package and get the all the details, all the technical details, the GLP set up, the hurdle rate, the waterfall, people get scared of all those things and when people get scared of those things, the next thing that prevents people from actually taking the next step is knowing, putting all that work in initially and all of the things that they’re supposed to do before they’re able to actually reach out to investors. And even when people pitch their deals. So people that are less experienced in this or people that are even more experienced in it, they focus on sending investors tons of material, tons of data rooms, tons of pitch decks and all this nonsense. And as people have almost forgotten, people don’t really care. (million dollar producer real estate)

Nobody wants a pitch deck, nobody wants a private placement memorandum, Nobody wants any of these things. People don’t even want to hear your voice or see your face. People just want to get their results. In other words, they want to get their returns. They want to get their capital appreciation. They want to get through income, whatever investment objectives that the investor wants, what they want to get. And so you’re just creating a vehicle for them to get that objective. So the quickest way really is don’t be overwhelmed by all that initial setup stuff because we have a team in house, we have relationships with lawyers and chartered financial analysts that build all that in-house so that all people are doing. They’re just focusing on knowing what the market wants. So instead of spending months building the private equity waterfall, instead of wasting your time doing that, do it. Really just have discussions with investors in a compliant way, obviously within the confines of securities law so that you’re able to, when the investor gets interested, then you solicit the deal so that when you finish your deal, you already know what investors wants before you go out to them, because the key and the secret is knowing what investors want before you complete your private equity real estate fund or your private equity mergers and acquisitions fund, not before. So that’s number one. Number two, you know, the second problem is, you know, people don’t focus on getting appointments. (million dollar producer real estate)

People focus on back and forth banter. People are not optimizing to generate as many appointments with investors as possible. The appointments are the ultimate, you know, whether it’s depending on how it’s done is the ultimate way for you to sell the investor in to your equity offering and obviously making sure it’s compliant. When you’re able to do that, that’s when the investor will be able to have their open ears open to what you have to say and you’re able to actually fine tune the terms of the deals. And so focusing on sending too many emails without the goal of setting an appointment is really the big problem that a lot of people have. Instead, as a first point to just send people a lot of stuff nobody wants to send get sent stuff unless they ask for it. Only do that, which is ask and that that which is required by securities law. Everything else is bonus. So that’s step number two. Number three, many people, they don’t have the efficient vehicle for them to actually raise capital within the private equity setup because many people, they they start with the one offs indications at work when it comes to, you know, for them to have the pool of capital. The key is that people don’t know how to set up the pool of capital or the vehicle efficiently. They focus on their one by their one off deal. They’re one off deals. But if you focus so much in one off deals, it becomes limiting for people who are experiencing this type of work because they start to notice that, hey, I’m doing a one off deal and I have to bow down to the underwriting criteria of either the hard money lender or one off syndicator that’s with me. (million dollar producer real estate)

So in plain English, for those who don’t understand people getting the capital in place first before getting the deal can save a lot of people’s time. Because imagine if you had $10 million so you can choose to put wherever you want rather than you having to beg investors to close one deal at a time. Instead of that, you can just raise 10 to 100 million in a private equity fund. And then when you have that capital, you can choose to deploy it however you want after the investors agreed to work with you. So that’s really the I guess that’s the third and fourth points in a nutshell. The third one was really more saying that, hey, you have to make sure that you have the right vehicle. And then the last point is getting the capital before the deal. Instead of focusing on getting the deal and then seeking capital for that one deal, it can be best in many cases, especially for those who already they’ve done some small deals here and there to focus on getting the capital first and then using that capital to find the deals. (million dollar producer real estate)

Because once you get the capital, that’s the hard part. You know, if you’re able to get that, then you can reverse engineer and then get the deals. And so with all these things. You know, mainly number one is focusing. Don’t focus too much. And I guess many people, they focus so much on and they get scared of the all the upfront work that’s required and create a private equity fund. And, you know, they they think that they have to have their terms perfect before they create their fund. But really it’s an ongoing and organic conversation. They’re actually many ways to compliantly get investor interest before you go out to the market. And that’s really the first step. And the second thing is not focusing people, not many people focus on getting investor appointments. They focus a lot on, you know, these webinars and all that, which is good and the emails which is good, but they don’t use those tools. These are all tools just to get on the phone with an investor. So when you do it compliantly, make sure you optimize and focus everything around getting as many investor calls, phone calls or zoom calls as possible in person. Now, now that the is open back up at the time of the recording of this video after coronavirus, make sure you get conversations with investors, appointments. That’s the only way to justify if people are going to work with you and to know what people want. (million dollar producer real estate)

So that’s number two. Number three, you know, make sure that you get the right vehicle set up for you to be able to get the capital in. And this includes securities law, making sure it’s compliance and getting the right setup setup and make sure you get that vehicle in the corporate entities. And number four is really making sure you get the capital before you get the deal. Get to getting the deal is the easy parts. Many people who are new to this type of work 90% of the time, there are a lot of exceptions, but 90 to 80% of the time getting the deal is easy. The hard part is getting the capital in place and getting the pool of capital, especially so that the capital can be deployed at your will. And so if you fix these four things, then you’ll be in a good position to seek private equity from investors for you to deploy a real estate fund or a mergers and acquisitions fund for you to go out and acquire deals at your whim. And so if this is something that you’d like to do, make sure you click like. So make sure you click like and subscribe and hit that notification bell and if you want to get this actually done, you want to have a team to build this for you in two weeks or less. Just have to raise a com so you can learn more. So with this, we’ll see you again. (million dollar producer real estate)